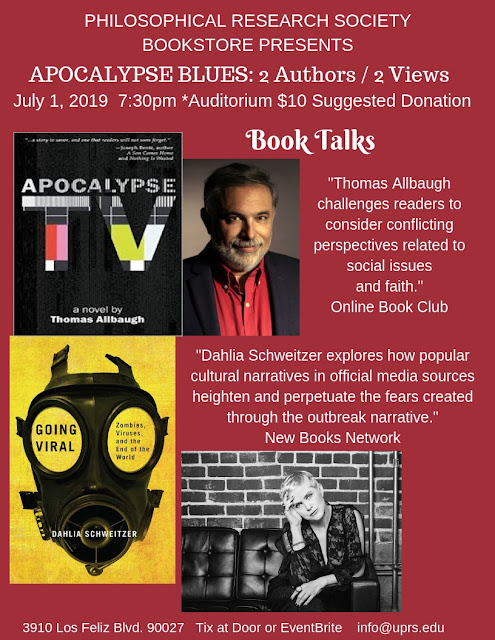 This just in from Book Publicity By Marlan:

Still early here in L.A. but we're excited that it's already been picked up by:

Dahlia Schweitzer's brilliantly amusing Going Viral can be found at the Philosophical Research Society and Amazon.

The End is near! Just three more days to catch this dynamic duo! And last chance to hear Dahlia present in L.A. before she heads off to NYC.

It's been a fun ride and I'm honored to be a part of it!
Posted by Marlan Warren at 12:32 PM No comments: 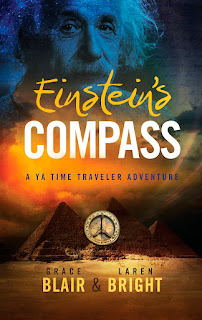 My Roadmap Girl's Book Buzz is a "Stop" on Lola's Blog Tours today!

This Young Adult Fantasy/New Age/Revisionist History novel cuts a unique niche for itself in YA literature by inventing a Hero's Journey with "Al" Einstein as the hero and his compass, a jeweled magical time traveling marvel.

Authors Grace "Christian Mystic" Blair (aka Grace Allison) and Laren Bright have melded some daring elements of Germany on the brink of Hitler coming into power with a young genius coming to terms with his brilliance, being Jewish among Nazis, and all the expected elements of a Hero's Journey (one shapeshifting dragon...an older wise Mentor...supernatural talisman...).

It is doubtful that kids of the 21st Century place as much weight on Albert Einstein in their thoughts as those of the 20th Century did, thanks to his atom-splitting discovery that led to the invention of the atom bomb. And even more likely that few these days ponder Einstein's roots and development into the genius that he became. I had no idea that he grew up a non-practicing Jewish boy in Germany and was in school just before Hitler came to power (Wikipedia provides further details on his fleeing to Switzerland and later ending up in the U.S., as well as his reluctance for his research to end up as a horrible bomb).

One of the wonderful themes of Einstein's Compass is its own brilliant running theme of "The Split." In the tradition of contemporary fantasy YA novels, there is Good vs. Evil; Light vs. Dark, and the authors make creative use of these concepts as they affect all of us personally as well as politically...and in the world of physics.

Another running theme is Energy itself. The heating up of hands when energy is channeled...the Light it can produce...whether it is being channeled for the good of humanity or its destruction.

Meticulously crafted and beautifully told, Einstein's Compass is garnering awards left and right, and rightly so. Fun for adults as well as teens!

Posted by Marlan Warren at 7:34 AM No comments: